Get this sign and use it to tackle the climate crisis – in real-world marches and online. 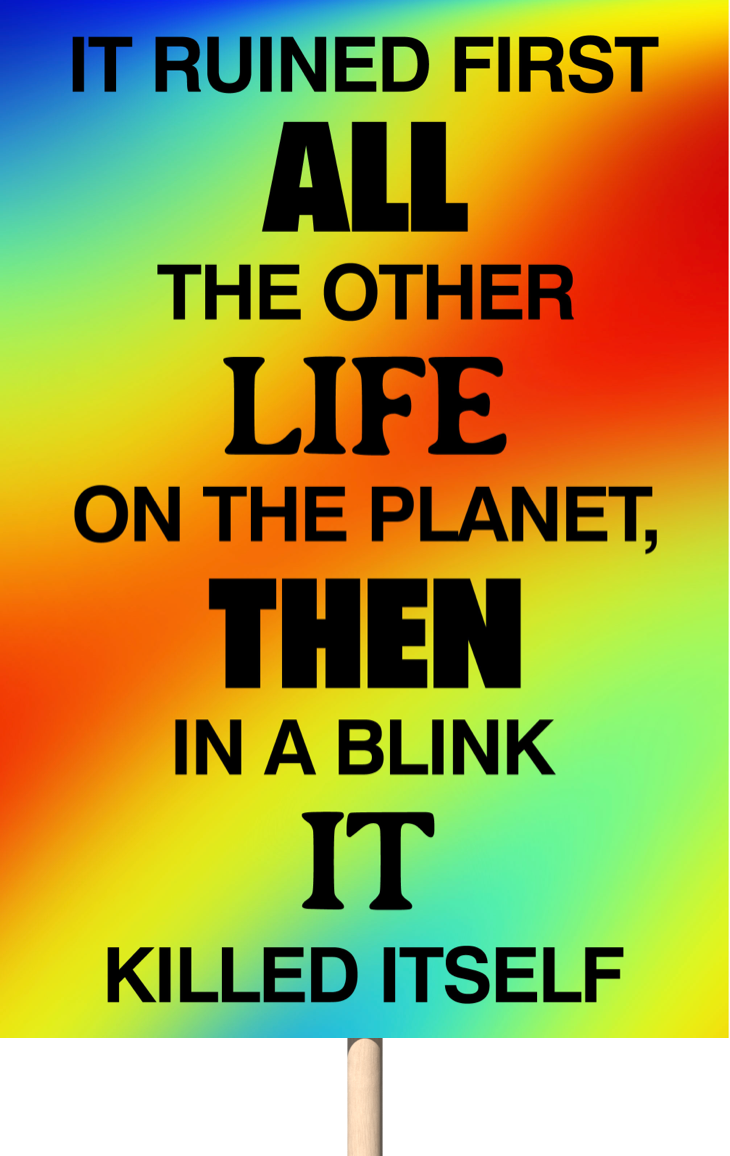 Get this sign and use it to tackle the climate crisis
– in real-world marches and online.

This sign is free to download and use, but donations are appreciated. Please consider donating to our partner the Swedish Society for Nature Conservation. Naturskyddsföreningen.se

Lauren Groff has only ever written award-winning books. As a two-time National Book Award finalist with some dozen other distinctions to her name, she has been a New York Times bestseller, an NRP book club pick, and was designated Florida’s unofficial poet laureate by the Washington Post, on top of being the recipient of a Guggenheim Fellowship in Fiction.

This sign features an excerpt from a longer text. See full text 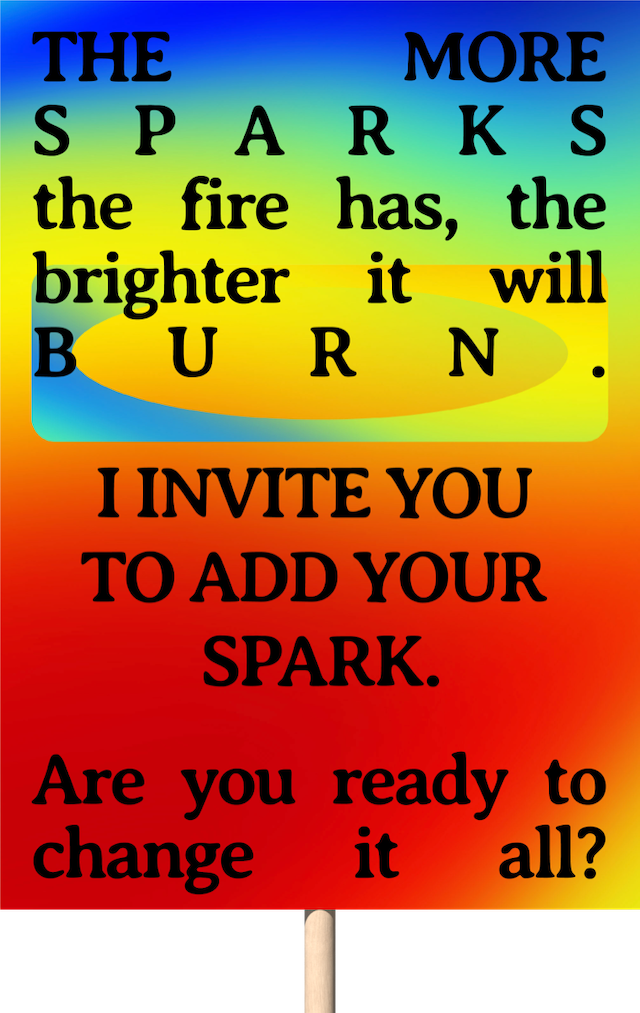 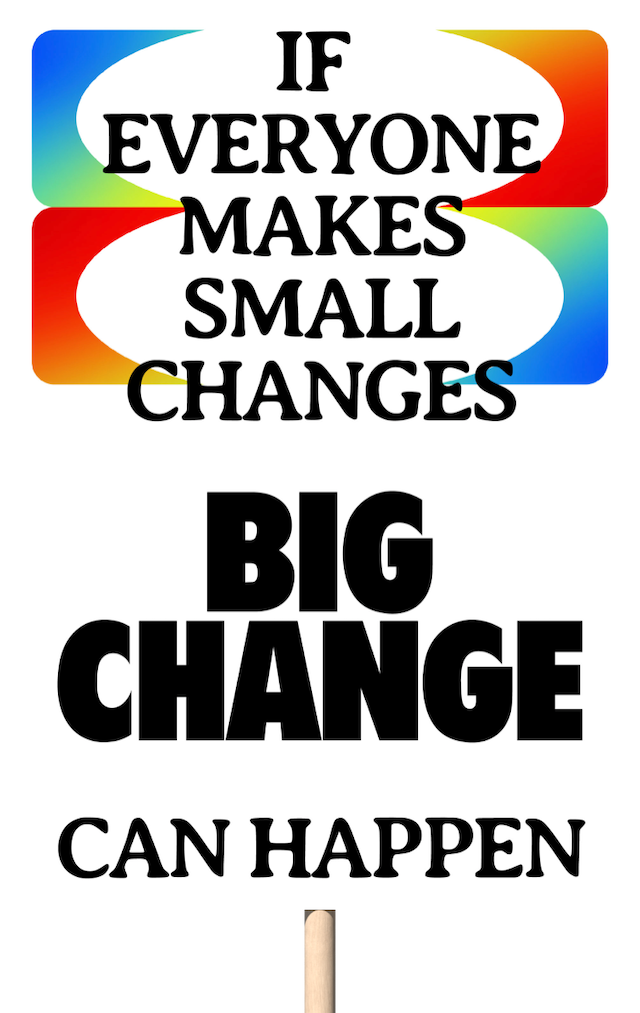 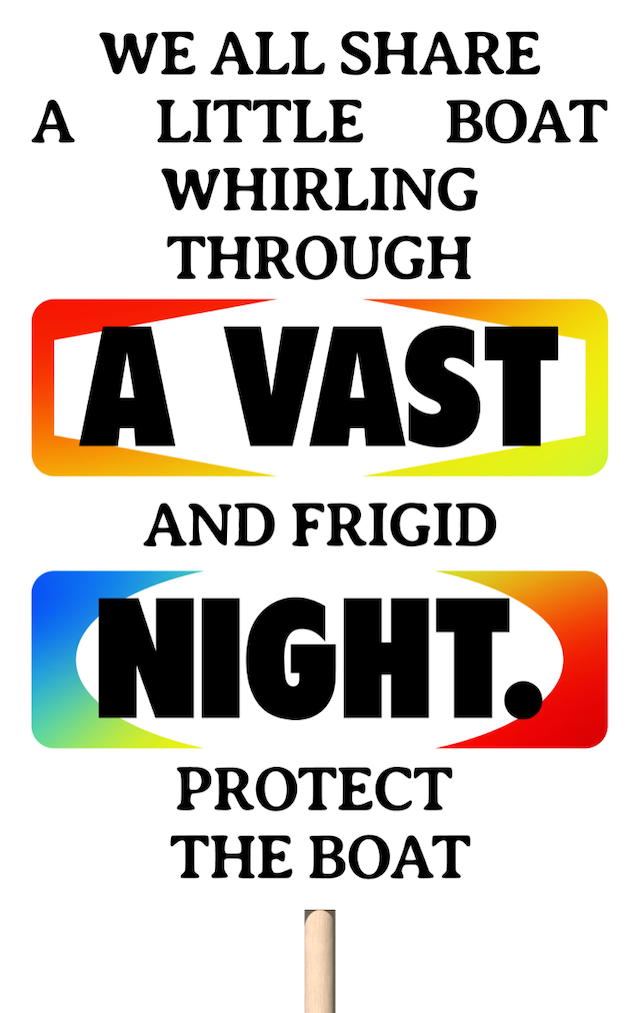 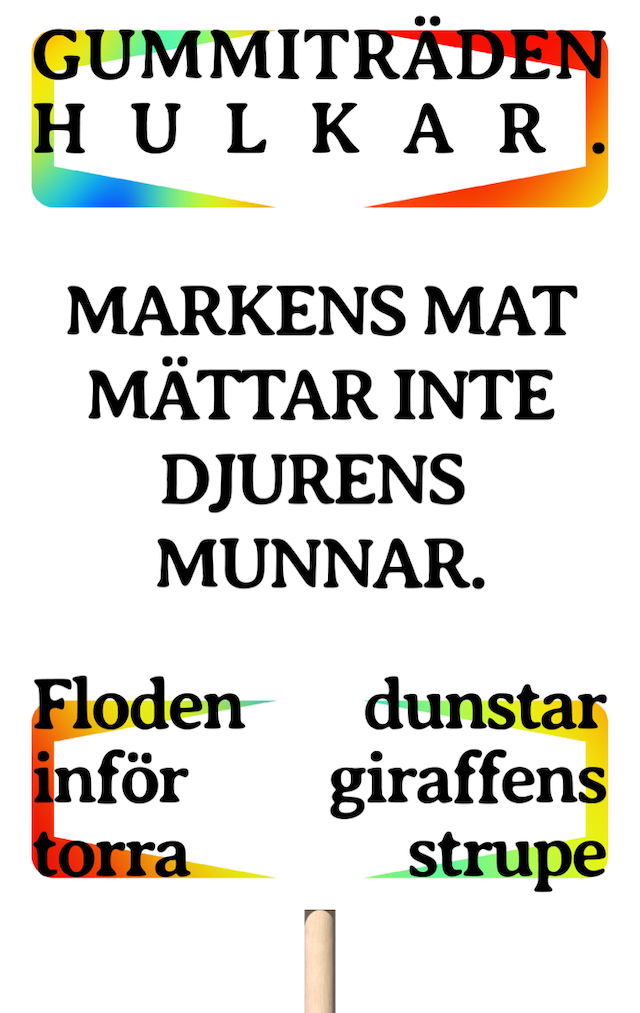 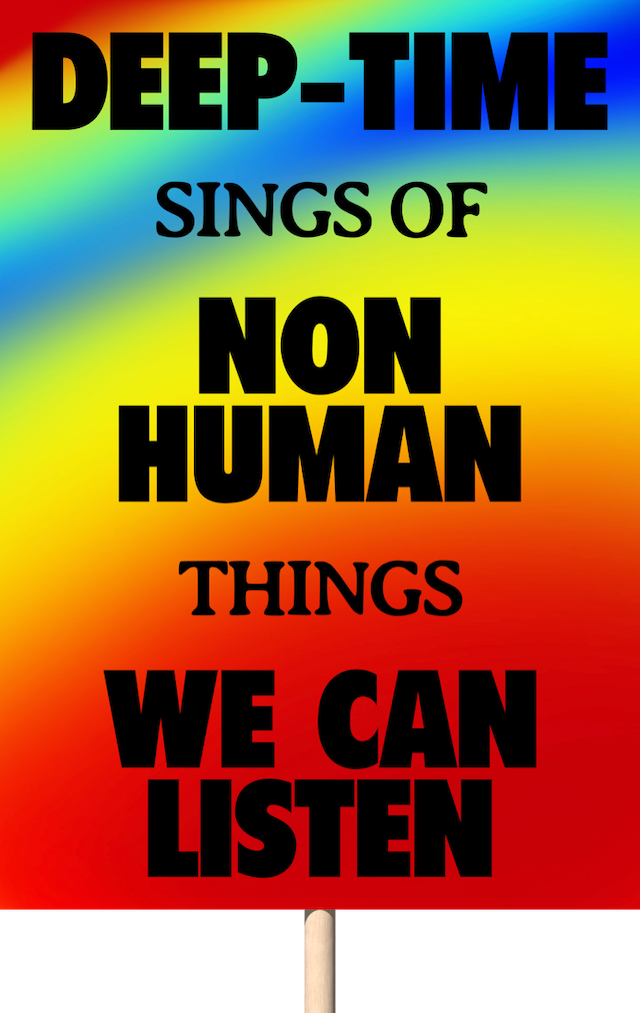 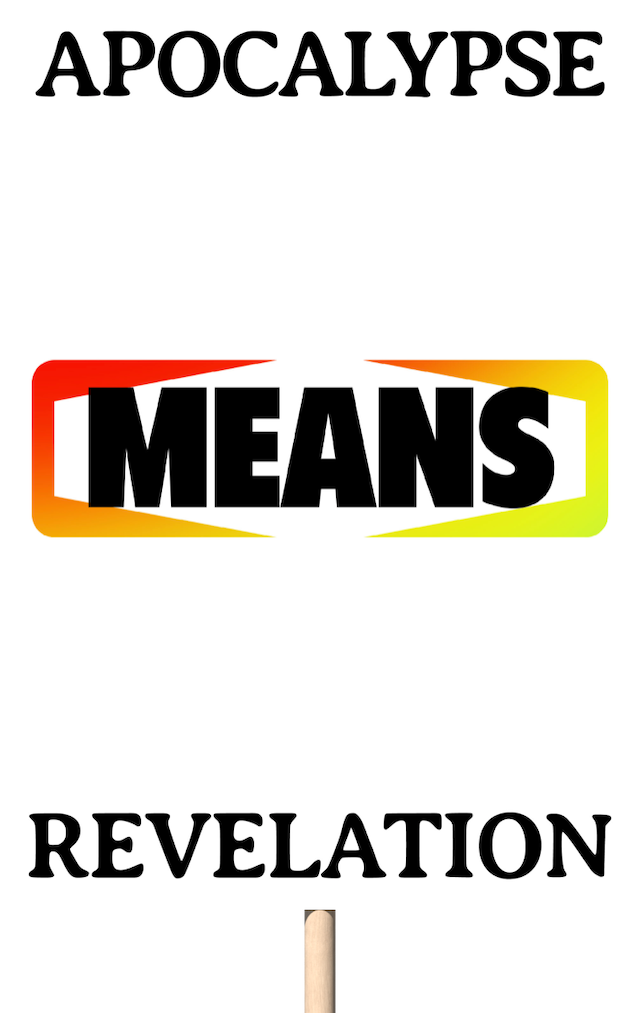 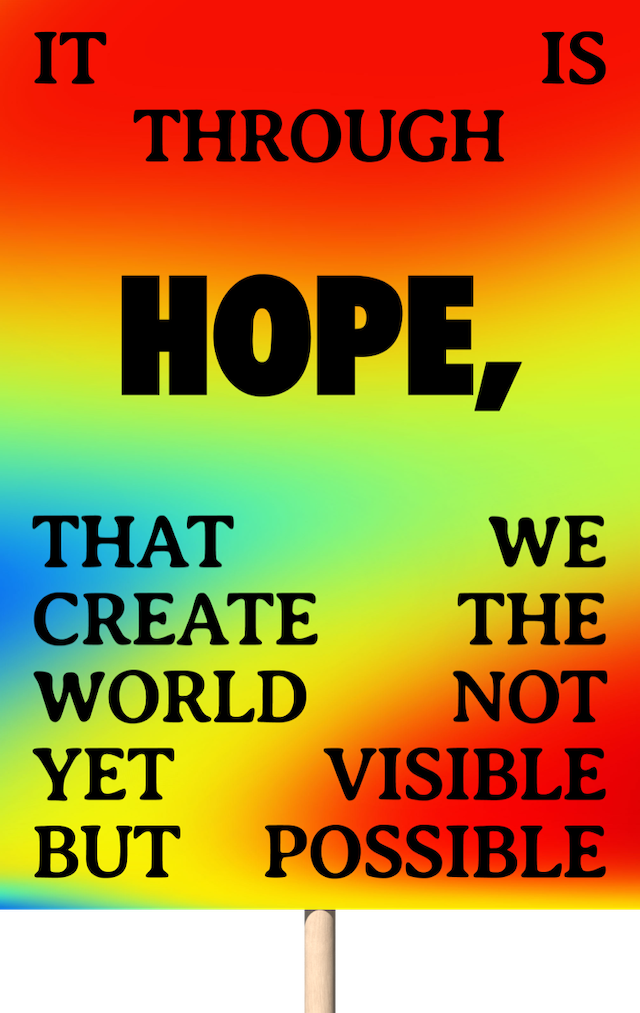 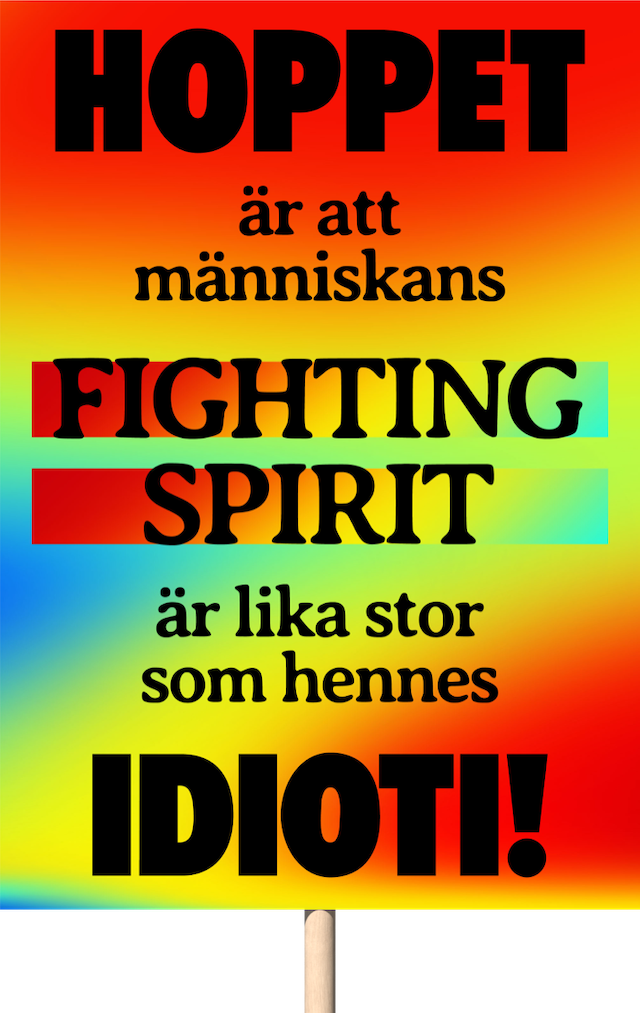 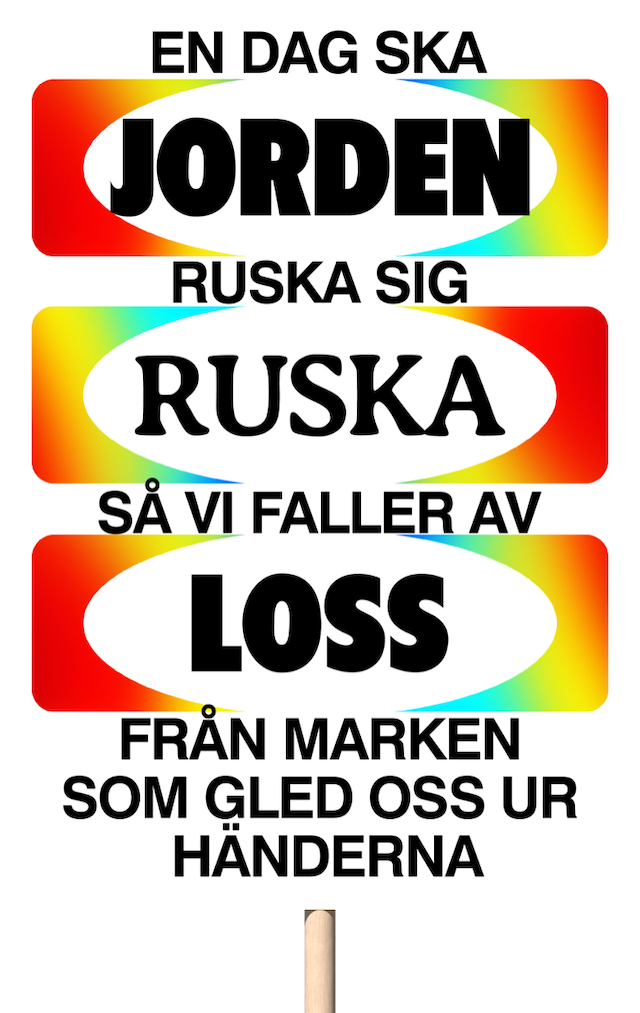 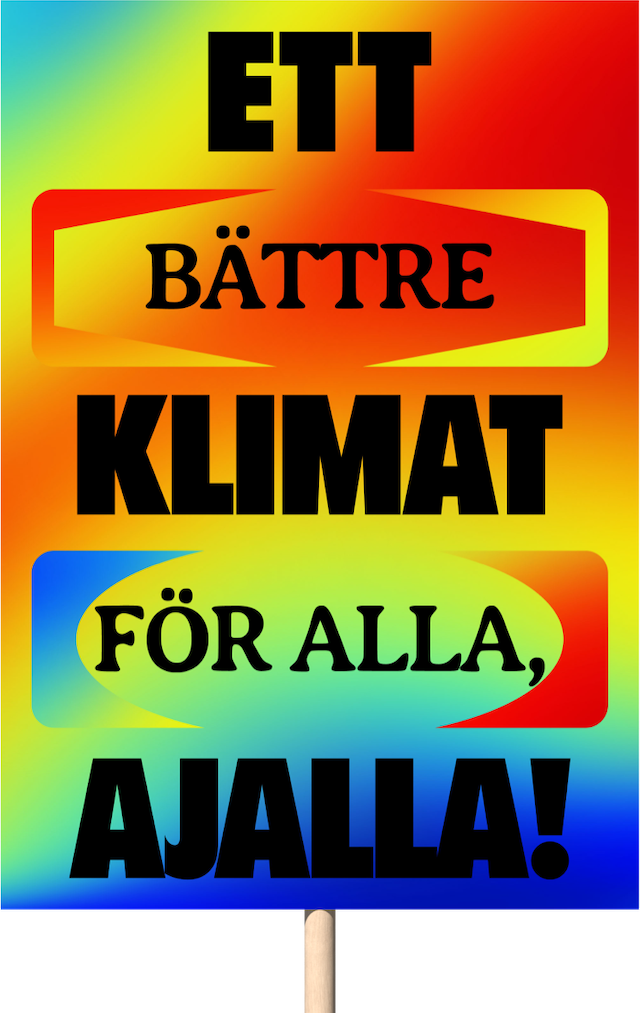 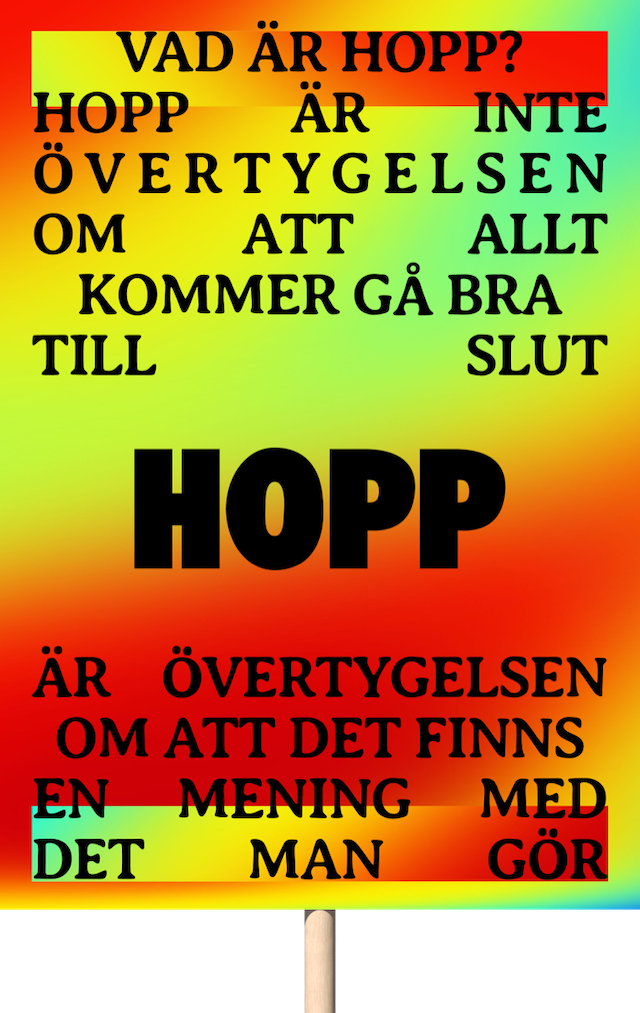 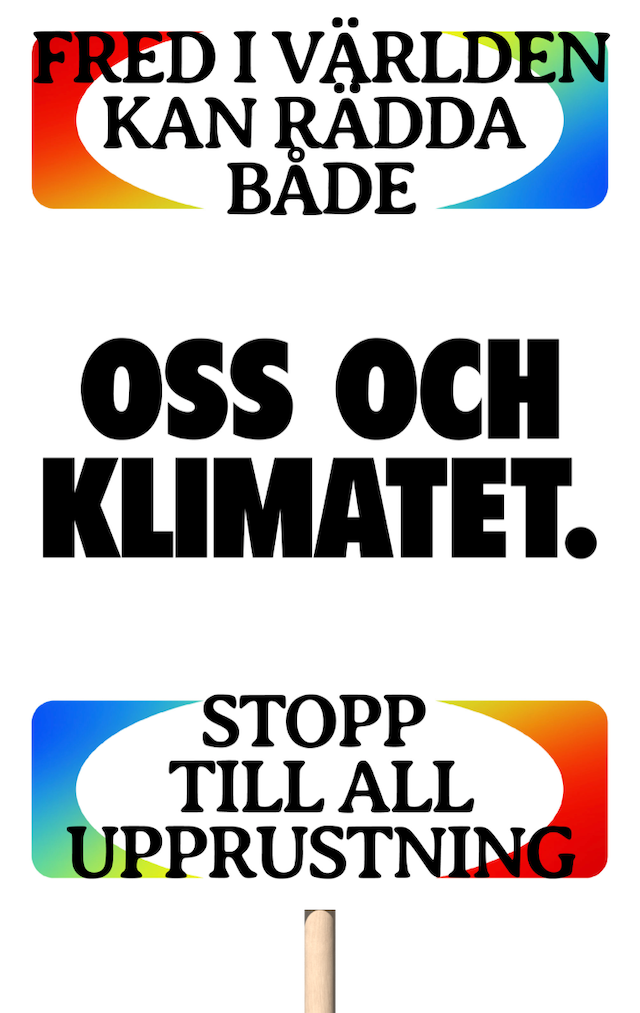 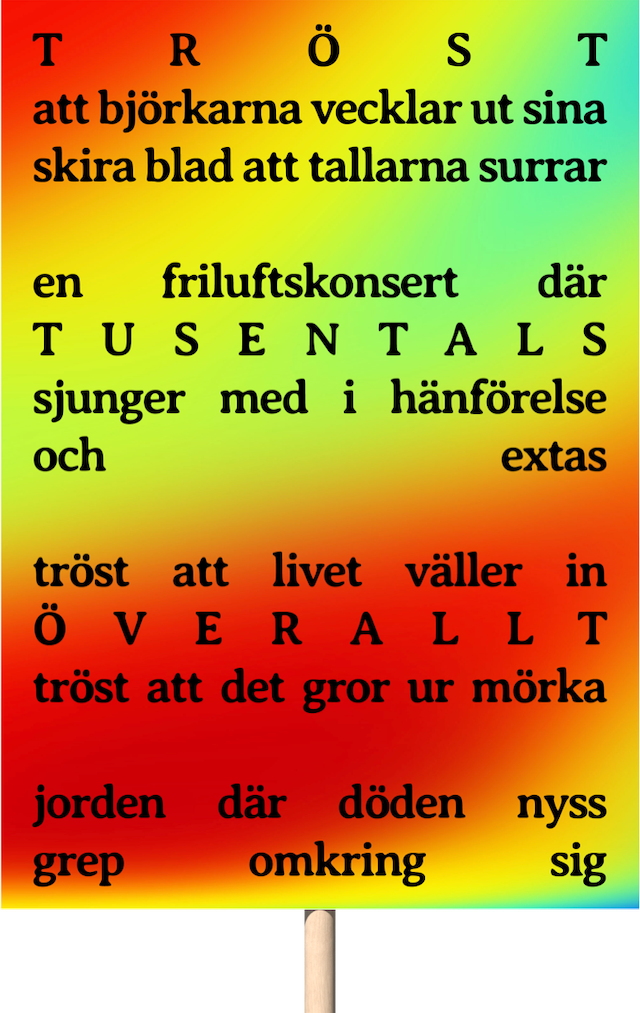 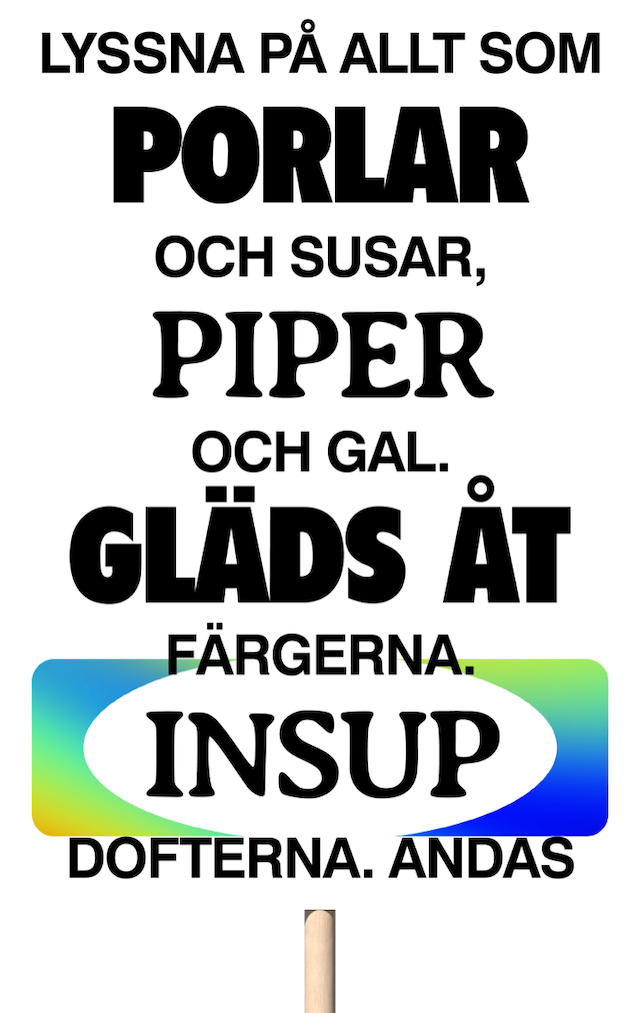 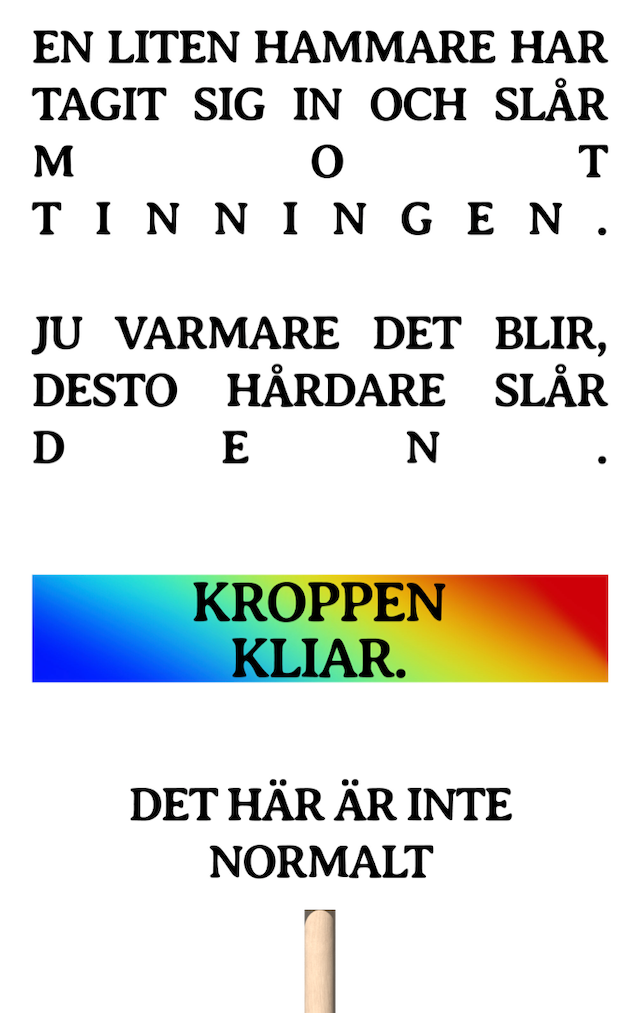 Literature can be a powerful force for good. As a response to the climate crisis, the Gothenburg Book Fair has asked renowned authors from around the world to write protest signs that are available for anyone to use. So that you can tackle the greatest challenge of our time, with words from the greatest writers of our time.

Hope Signs is a truly collaborative project. Thanks to everyone involved.

You can find press releases, high-res images, and further materials about Hope Signs for download here.